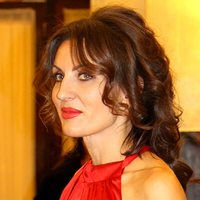 Artist Vinogradova Anna Germanovna was born on January 3, 1975 in Krasnodar. In 1994, Anna entered the Yaroslavl Art School, which she left a year later, for the sake of the dream of entering the Academic Institute of Painting, Sculpture and Architecture. I. E. Repina and in 1995 came to the preparatory courses of the institute. Already in 1996, she became a student at the graphic faculty of the I.E. Repin, where he studied from 1996 to 1999. At the end of the third year, she moved to the 3rd year of the Faculty of Painting, where she continued her studies with such masters as N.D. Blokhin, N.N. Lysak, V.V. Pimenov, V.I. Reikhet. As a student, Anna not only studied, but also worked, worked creatively. So in 1999, Anna completed a series of costume sketches, there were more than twenty of them, for a cycle of mystery ballets for the Vologda choreographic ensemble "Russian Ballet of the 21st Century". The productions were staged in 2000 as part of the Veliky Ustyug - Homeland of Father Frost state program. The production and especially the costumes were highly appreciated by the chief ballet master of the St. Petersburg Academic Theater of Musical Comedy, Kirill Laskari: "Ancient pagan rites are conveyed in such expressive language, the hall applauds and freezes. This is a bright and emotional spectacle!"

In 2001, she took part in the creation of the mosaic "Our Lady of Vladimir" for a memorial sign-chapel in honor of the 2000th anniversary of Christianity in the city of Vologda. In 2006, Anna graduated from the institute and defended her thesis "Procession of the Shrovetide train" with an "excellent" mark. In this picture, Anna again delves into the wilds of her native history of her pagan past and those very thousand-year-old rites. After graduating from the institute in the summer of 2006, she was invited to the USA, where she became a member of the Association of Portrait Painters of America and takes part in the Florida Show Exhibition very successfully, the paintings of an unknown artist aroused tremendous interest and were sold at a very decent price tag for a novice artist. In 2008, Anna joined the St. Petersburg branch of the Union of Artists of Russia. In May 2009, Anna Vinogradova represents Russian masters at the “Repintsev exhibition” in Beijing at the Palace of Nationalities of China. More than thirty large-scale paintings were presented by Anna at that exhibition. With a resounding success, the paintings were sold out. In the same place, in the Palace of Nationalities in 2010, Anna Vinogradova represented the "Young Generation", together with the young teachers of the institute I.E. Repin.

«The best friends of inspiration and creativity are organization and discipline. They don't care about emotions and feelings. A creative person does not need inspiration to get started. The text may not be read or not read by everyone, but the visual image penetrates the mind instantly and it is very easy, very easy to infect with the idea through the picture....»

Anna Vinogradova: where are the artist's paintings presented?

Anna Vinogradova's works are successfully sold in the best galleries in the United States - in Chicago, California, Florida, New Mexico, as well as in the art markets of China, Russia, Europe and the United Arab Emirates. Today, Anna's works are in private collections in Russia, the Museum of Slavic Mythology (Tomsk), the Museum of E.E. congregations in the Netherlands, Germany, France, and other European countries, as well as in the United States, Japan, and the United Arab Emirates.

What exhibitions did Anna Vinogradova take part in? 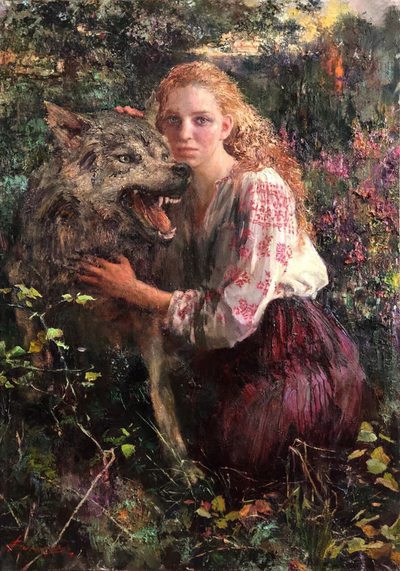 Author's oil painting ❀ Alesya ❀ is a wonderful decoration for the interior of your home or office f..
Popular 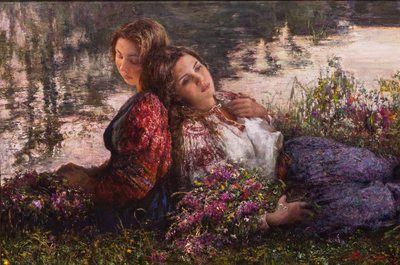 Author's oil painting ❀ Girlfriends ❀ is a wonderful decoration for the interior of your home or off..
Popular 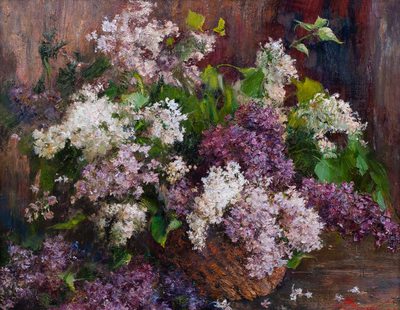 Author's oil painting ❀ Lilac bouquet ❀ is a wonderful decoration for the interior of your home or o..
Popular 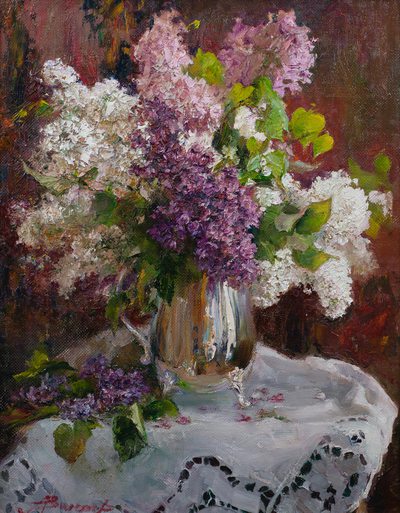 Lilac in a vase - oil painting
Order a copy

Author's oil painting ❀ Lilac in a vase ❀ is a wonderful decoration for the interior of your home or..
Popular 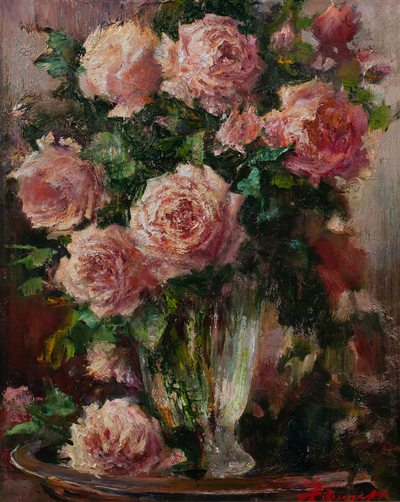 Author's oil painting ❀ Still life with roses ❀ is a wonderful decoration for the interior of your h..
Popular

Up the hill - oil painting
Order a copy

Author's oil painting ❀ Up the hill ❀ is a wonderful decoration for the interior of your home or off..
Showing 1 to 6 of 6 (1 Pages)