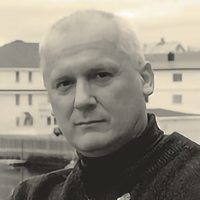 The painter-artist Alexander Grishin was born in 1959 in the village of Kalya, Sverdlovsk Region. Educated in 1987-1993 at the Institute of Painting, Sculpture and Architecture. I. E. Repina (St. Petersburg). After that, he received additional education in 1993–1997 already at the Russian Academy of Arts, a creative workshop of monumental painting under the guidance of Acad. A. A. Mylnikova. Since 1995 he has been a member of the Union of Artists. In 1994 Alexander received a "TOTAL NORGE" scholarship from the Norwegian-Russian Art Center in Kirkenes, Norway. Today he is a professor at the St. Petersburg Academy of Arts named after I.E. Repin, Deputy Chairman of the St. Petersburg Union of Artists and Corresponding Member of the Russian Academy of Arts.

Grishin Alexander: where are the artist's paintings presented?

Alexander's works are in the Museum of the Academy of Arts of St. Petersburg, the Savio Museum (Kirkenes, Norway), in the Historical Museum of Limassol, CYPR and in the collection of the Service Bank Fund (St. Petersburg). Also, the author's works can be found in galleries and private collections in Russia, Germany, Finland, Norway, Great Britain, Czech Republic, Slovakia, USA, China, Switzerland.

What exhibitions did Grishin Alexander take part in?

What awards did Alexander Grishin receive? 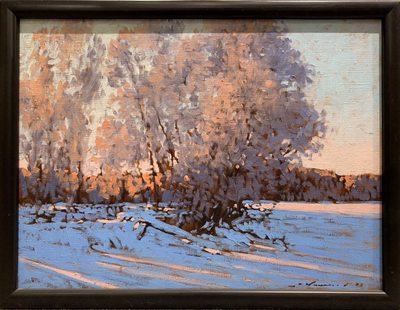 Author's oil painting ❀ Winter landscape ❀ is a wonderful decoration for the interior of your home o..
Showing 1 to 1 of 1 (1 Pages)