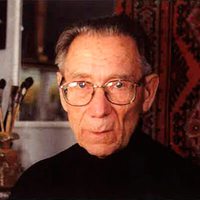 Valentin Bernadsky was born on January 13, 1917 in the village of Ozeryany in the Bobrovitsky district of the Chernigov region. In 1940 he entered the Leningrad Institute of Painting, Sculpture and Architecture in the studio of Boris Ioganson. In 1942, together with other students of the faculty, he was evacuated to Samarkand, where he was drafted into the army. Until 1945 he was at the front, and after demobilization he continued his studies. In 1950 he graduated from the Leningrad Institute of Painting, Architecture and Sculpture. In 1950-1952 he taught at the Crimean Art School named after N.S. Samokisha. In 1958 he became a member of the Union of Artists of Ukraine. In 2003 he held a personal exhibition at the Tretyakov Gallery. Most of the time he lived and worked in Simferopol. He died in September 2011. Among the Crimean painters of the second half of the twentieth century. Valentin Bernadsky has perhaps the largest number of awards, titles and awards. Domestic researchers rightfully consider him one of the founders of the modern Crimean school and the patriarch of Ukrainian painting, while experts from foreign galleries and auction houses rank him among the Russian impressionist painters. He is an Honored Artist of Ukraine, the only one who has been awarded two honorary titles of People's Artist of Ukraine and the Russian Federation, as well as an Honorary Academician of the Russian Academy of Arts.

«The development of the thematic direction in Ukrainian painting is associated with the name of Valentin Bernadsky. With color, plasticity, transfer of movements, the master vividly conveys images and constantly strives for pictorial expressiveness. Among the main works of the artist are such as "Portrait of the artist Kroshitsky", "Collective farm watchman", "In the vineyard", "Girl in a fur coat", "Winners of Wrangel". Bernadsky himself said that he loves light open-air painting. If we talk about the genre of still life, which occupies a significant place in the artist's work, then he is carried away by color and technique. In this direction, he has significant innovative achievements, primarily in the figurative structure. The individuality of not only the "Bernadsky style", but also worldview motives in the visual arts - they define the artist in the context of a certain time and space».

Bernadsky Valentin: where are the artist's paintings presented?

Since 1951 he has been a participant in city, regional, all-union and international exhibitions. The author's works are in museums and private collections in Ukraine, Russia, USA, France, Hungary, Holland, Great Britain and Japan. Personal exhibitions were held in Paris (Drouot Exhibition Hall), London, Kiev, Sevastopol and Simferopol. The diversity of the Crimean nature inspired the artist to create paintings with a sense of its variability, with striking color transitions and the play of sunlight. The most important thing in his art is the aesthetic perception of life, which he tries to convey through color and flexibility. He created plein air painting, completely surrendering to its beauty. Valentin Bernadsky vividly conveys images, constantly striving for pictorial expressiveness.

What awards did Bernadsky Valentine receive? 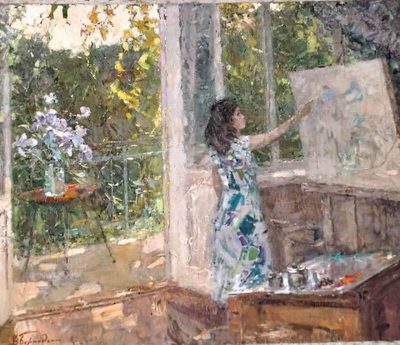 Author's oil painting ❀ Interior flowers ❀ is a wonderful decoration for the interior of your ho.. 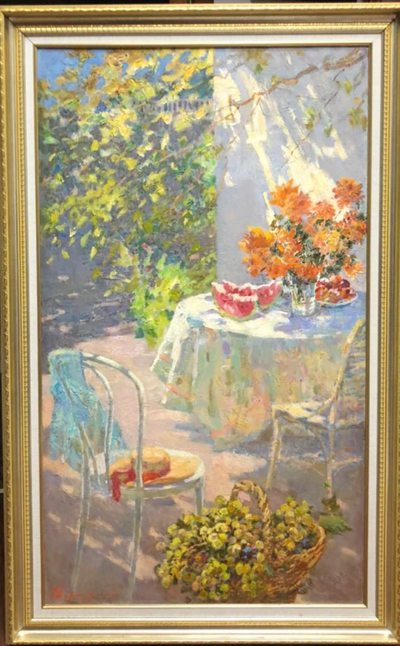 Author's oil painting ❀ Morning sun ❀ is a wonderful decoration for the interior of your home or..
Showing 1 to 2 of 2 (1 Pages)