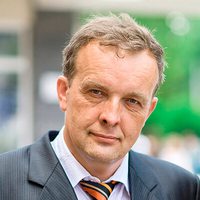 Vladimir Ivanovich Astapchik was born on January 1, 1965 in the town of Svisloch. He is a landscape painter, lives and works in the Republic of Belarus, in the ancient city of Grodno. From childhood he showed outstanding abilities, independently learned to paint artistic paintings in oil and watercolors, and woodcarving prevailed in his initial work. Currently, he has fully developed as a professional artist, with his own, unique style, which is dominated by the experience of a “self-taught artist” with his own vision of the world. The main direction of Vladimir's work is landscapes of Russia and Belarus. He is a soulful poet of nature, always looking for a sublime romantic beginning in a landscape, but at the same time his art does not deviate from realistic truth and simplicity. He also performed a number of works as a seascape painter with his vision of seascapes, including landscapes of Kamchatka depicting mountains and volcanoes; in his seascapes, the sea wave plays as "alive", striking the viewer with its originality. In his paintings, new ideas for composition are constantly being born, which appear from travels through the surrounding nature, he knows how not only to sketch, but to create his own reality, conveying rhythmic movements and play of light, the observer has a feeling of being in the world of the created image.

«The opinion about why I live throughout my life has changed constantly. From euphoria to mild depression. During euphoria, it seems that what happiness - you live. During depression everything inside out - Why? And, of course, it is almost impossible to answer this question for yourself. A happy person can be called a person who has found his way in this life and walks along it without turning and without thinking - Why? Once, when I had regular problems and I began to fall into a slight depression, followed by the eternal question - Why? my older brother told me: “Calm down! Look at the stars and think, what are your problems compared to all this ?! " I lifted my head and saw the endless "Milky Way" stretching above me in silence and it became funny to me that I am a creature consisting of sixty percent water and in addition to this a certain amount of organic and inorganic substances, I stand under an endless vault and "push »Find out the meaning of life - Why? And it seems to me that from somewhere there will be heard a loud, mocking voice: "Ah, Then!" and there will be silence again. Now, sitting at my desk, I reread your thoughts on this - Why? And I understand, that's for all this that you wrote and we live! To love, to be disappointed, to suffer, to hope, to dream, to do good, to hate, to forgive, to fight for the truth, to lose, to win and to Love again! Will live!».

Astapchik Vladimir: where are the artist's paintings presented? 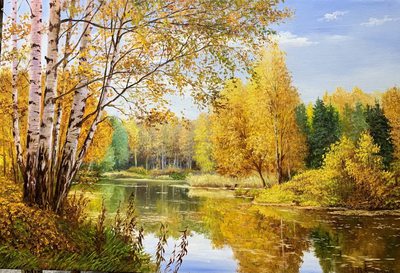 Author's oil painting ❀ Golden time ❀ is a wonderful decoration for the interior of your home or off..
Showing 1 to 1 of 1 (1 Pages)